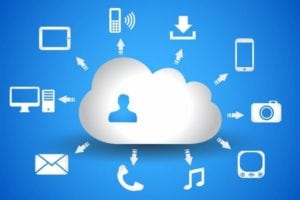 A recent Gartner report forecasts that the total market for software-as-a-service (SaaS) will double in size from almost $50 billion in 2016 to $100 billion in 2020. The rapid pace of adoption for business applications is proving that SaaS is a win-win for enterprise IT managers and the software companies providing these services. The economic benefits of SaaS are so compelling it is hard to justify deploying application software on-premise if a SaaS-based version is available that satisfies customer requirements.

While SaaS providers are utilizing state-of-the-art cloud-scale infrastructure to deliver applications to users via the Internet, enterprise IT managers face entirely new challenges because these services depend on the performance and reliability of networks that the enterprise doesn’t own or operate.

Choosing to deploy SaaS applications may seem like a no-brainer, but what does an enterprise IT manager do when someone calls the help desk to report that an application is “slow” or simply no longer accessible? The first call is often to the SaaS provider, but what if there is no problem with the application or supporting infrastructure on its end? What’s the next step in determining the root cause, particularly if the problem is deep in the Internet at a point that is impacting the flow of application traffic for a significant number of users? Even worse, what if the problem clears up on its own only to reappear at a later date, and this occurs frequently without ever determining the root cause?

Is SaaS really a no-brainer or a headache?

To complicate matters, today’s enterprise user population encompasses not just employees working in company offices, but highly mobile and remote workers connected via a mix of 4G LTE, public WiFi and consumer broadband networks. Access to SaaS applications may also be provided to customers and partners, wherever those users might be situated.

The net result of all this is that for any given enterprise, traffic flows for SaaS applications traverse many different paths across the Internet from thousands of endpoints to many destination data centers in the cloud.

In addition, large SaaS providers might deploy multiple data centers that are distributed geographically while others ensure broad geographic coverage using a content distribution network (CDN), which is an Internet overlay for intelligently distributing application software and data to local caches that are kept in sync with the primary data center. This approach introduces yet another layer of complexity in terms of gaining end-to-end visibility into the flow of application traffic over the Internet.

The traditional monitoring tools for managing application performance in private networks are not well-suited to ensuring the performance, reliability and security of SaaS applications. Enterprise IT managers need to employ a new generation of network visibility and Big Data analytics tools designed for the vast scale of the Internet.

Armed with these tools and the new skills needed to master them, SaaS application deployment starts to look like more of a no-brainer than a headache for enterprise IT managers.