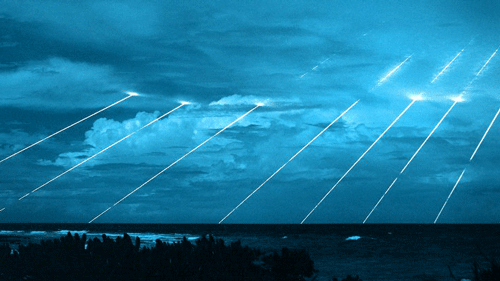 Last week’s massive attack on DNS provider Dyn — with its attendant disruption to many web companies and their users — was yet another reminder of the severity of the DDoS threat. Though spectacular exploits against Internet infrastructure providers like Dyn are just a fraction of overall attacks, complacency is not a viable option. Success in digital business requires maximum availability and performance, which depends in turn on effective, comprehensive DDoS defense.

Today’s most common approach to DDoS defense involves out-of-band detection appliances coupled with hybrid cloud mitigation. While the network environment — traffic volume, infrastructure distribution, and the size and sophistication of attacks — has evolved dramatically in recent years, the appliances themselves remain largely unchanged. Is appliance-based detection keeping up, or is it inherently limited in ways that have real consequences for network protection?

Limits of the status quo

In the prevailing appliance-based model, an out-of-band appliance detects attacks based on NetFlow, sFlow, IPFIX, and BGP data. This appliance then signals the network, via network control plane or element management protocols, to either drop traffic at the network edge or redirect traffic to a private or public cloud mitigation device.

Over time, only a fraction of total traffic will need to be mitigated. So the cost-efficiency of the system is maximized by dedicating one or more appliances to detection and selectively pushing traffic to mitigation devices. The out-of-band architecture also provides the option to utilize hybrid mitigation techniques that are tailored to specific needs and objectives. These may include Remote Triggered Black Hole (RTBH), Access Control Lists (ACLs), local mitigation appliances, and cloud-based mitigation services.

Appliance-based systems are plagued by problems with detection accuracy.

The approach makes sense on its face, but the dirty secret of such appliance-based systems is that they are plagued by vexing problems with detection accuracy. These issues are rooted in the inherent compute and storage limitations of scale-up detection architectures. Legacy detection software typically runs on a single, multi-core CPU server using some Linux OS variant. When confronted with a massive volume of flow records, these servers must apply nearly all of their compute and memory resources to unpacking payload data from UDP datagrams, converting it from binary flow-protocol formats to ASCII-style data, and then storing it in a generic MySQL-style relational database (with the attendant high-latency read/write table-schema structure).

The constraints outlined above leave traditional detection appliances with precious little memory and computing capacity to operate detection algorithms. As a result, the state of the art in appliance-based detection leans on a few possible approaches:

Big data to the rescue

DDoS is a big data problem — too big for scale-up architecture.

How do we get beyond the inaccuracies in legacy DDoS detection systems? By recognizing that DDoS is a big data problem and removing the constraints of scale-up architecture. The fact is that there are billions of traffic flow records to ingest and millions of IPs that need to be tracked individually and measured for anomalies. How is it possible to know which are significant? In a scale-up reality, it’s not.

This scalable, adaptive approach to monitoring and anomaly detection has been field-proven to be far more accurate than legacy approaches. One Kentik customer, PenTeleData, is reporting greater than 30 percent improvement in catching and stopping DDoS attacks (i.e. less false negatives) since implementing the built-in detection and alerting capabilities of Kentik Detect. For more detail, read our PenTeleData case study.

By enabling big data in real time, without the delays inherent in MapReduce, Kentik Detect provides deep forensic insight that can be invaluable in understanding the nature of network, traffic, and attack vectors as they change. Where volumetric attacks may be suspected of covering up more intrusive attacks, exploratory, ad-hoc analytics can be used to find them. For a great example, take a look at this blog series on using Kentik Detect to dig deeper into DDoS attacks and find current attacks.

DDoS protection is ultimately about delivering a great network experience.

DDoS detection has been such a difficult problem for legacy approaches that it’s easy to forget that it’s also been an information silo. Siloes are counter-productive because they impede the clarity of insight needed to achieve truly important business and organizational goals. That’s relevant because DDoS protection is about more than just defense. Ultimately, the goal for network operations teams is to deliver a great network experience that supports a superior user/customer experience. To accomplish that higher-level goal, you need to be able to traverse easily between network performance monitoring (NPM), network traffic analysis, Internet routing analysis, DDoS detection/protection, and network security forensics.

Big data is the ideal approach for unifying the data details at scale and providing the compute power to get operational value from analytics fast. Kentik Detect offers all these forms of visibility in one platform for precisely this reason. If you’re interested in learning more about how Kentik’s big data approach enhances DDoS and anomaly detection, check out the Kentik Detect for DDoS Protection solution brief. If you already know that you want to get better DDoS detection and automated mitigation, start a free trial.