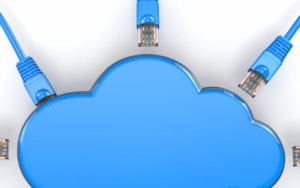 Looking back at the flood of announcements and the flurry of M&A activity, it’s fair to say that 2017 was the “Year of the SD-WAN.” Or at least the year that SD-WANs were permanently etched into our collective consciousness.

SD-WANs are the confluence of four technology trends: software-defined networking in wide area networks (WANs), commodity hardware for customer premise equipment, Internet connectivity for business applications, and enterprise IT hybrid multi-cloud migration. Yet the simple term SD-WAN belies the extraordinary impact these trends are having on enterprise networking.

Classic enterprise WANs rely on services like MPLS and Carrier Ethernet that are fully managed by service providers from end to end. SD-WANs are virtual overlay networks based on tunnels that carry traffic over multiple underlay networks, typically a hybrid of existing carrier services and unmanaged connections via the public Internet.

The benefits of SD-WANs are compelling both economically and operationally. Software-driven SD-WANs are application aware and able to route individual traffic flows over the best paths to ensure end-to-end throughput and performance. SD-WAN network elements continuously monitor the state of overlay connections for throughput, latency and jitter and can dynamically reroute traffic over alternate overlay connections in the event of a problem.

A common use case for SD-WAN early adopters has been the use of fixed line and wireless (4G LTE) broadband Internet services for connecting hundreds of branch offices and remote sites that are distributed across a large geographic area. These SD-WANs typically involve a number of different broadband service providers and traffic will be flowing to and from these sites over many Internet peering and transit networks.

The other scenario involves SD-WANs that incorporate Internet “breakout” connections for popular SaaS applications like Office 365 and Salesforce.com or for enterprise IT applications deployed in public cloud services provided by Amazon, Google or Microsoft. SD-WAN software can rapidly detect connectivity problems with these services and even switch over automatically to alternate underlay connections.

SD-WAN vendors and service providers, however, do not typically provide the tools needed to diagnose the cause of the underlying Internet connectivity problem. Transient problems in the Internet underlay may not be an issue, but if there are persistent problems with an underlay connection, the IT manager needs to know the root cause. Contacting the ISP might yield an answer but the source of the problem could also be several hops beyond its own network.

To quickly resolve problems in either scenario, IT managers need new tools that can gain visibility into the end-to-end topology and various paths that traffic flows are traversing from the Internet breakout connection into multiple cloud provider networks.

Fixing a persistent Internet underlay problem might be as simple as using a higher bandwidth connection or as complex as choosing the right peering and transit networks for specific applications and destination cloud services. Either way, to make the best-informed decision about how to proceed, IT managers need to be equipped with tools that enable them to fully diagnose the nature of Internet underlay connectivity problems.