The State of Network Management in 2018 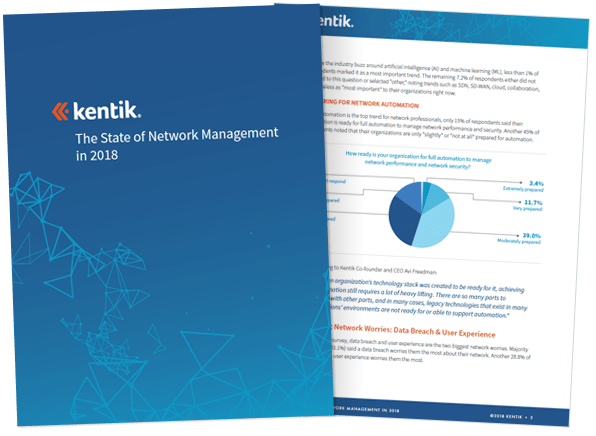 Between multiprotocol label switching (MPLS) and software-defined networking (SDN), there were about 15 years where the networking world was pretty static. That has changed. Right now, we’re in a world moving as fast as the ISP world did back in the 90s, and every few weeks there’s something new.

To see just how much the networking industry has changed, as well as current trends and challenges, we conducted a survey of 531 networking industry professionals at the recent Cisco Live 2018 conference. Today, we’re announcing the results in a new report: “The 2018 State of Network Management Report.”

Check out the key findings below and download the report to get all of the details, including commentary on the findings from our Co-founder and CEO Avi Freedman, who has been in the networking industry for over three decades.

With increased business reliance on internet connectivity, the network world has and will continue to get increasingly complex. We’re just in the early stages of how our industry will need to transform.

But there’s good news: There’s progress being made. Many teams, including ours here at Kentik, are focused on rapidly solving these problems. To learn more about Kentik’s network analytics, request a demo or sign up for a free trial today. And don’t forget to download our 2018 State of Network Management Report.