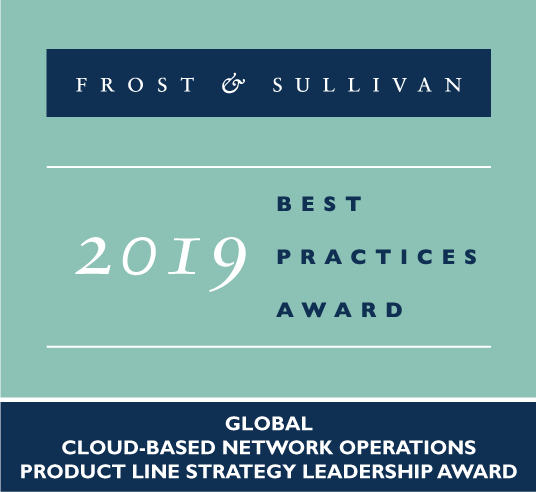 SAN FRANCISCO – March 20, 2019 – Kentik®, the provider of network analytics for the cloud-native world, today announced it is the recipient of Frost & Sullivan’s 2019 Product Line Strategy Award in the global cloud-based network operations industry. Kentik’s recognition comes at a time when large enterprises and service providers increasingly struggle to understand the growing volume and complexity of network traffic and its business impact, particularly as more applications and workloads move to one or multi-cloud environments.

According to Frost & Sullivan’s analysis, with Kentik “a more meaningful context can be derived that allows network engineers to determine the core issues of the disaggregated network and then neutralize them effectively.”

Kentik was recognized for its modern network analytics, including:

“We are proud of our team for delivering on a platform that combines traditional network visibility requirements with modern, cloud-native needs, for both enterprise and service providers’ operations and security teams,” said Avi Freedman, co-founder and CEO of Kentik. “We appreciate the recognition as a leader in this industry and we thank Frost & Sullivan for their research. It is well-timed, given cloud-native adoption among enterprise DevOps groups and service providers as they push to 5G and edge deployments.”

Easily the world’s most powerful network insight and analytics for the cloud-native world, Kentik® uses real-time traffic analysis, uniquely enriched with application, routing, and internet context to power the network operations of leading enterprises and cloud and communication service providers (CSPs). Kentik’s SaaS platform is built on a patented big data engine to deliver modern network analytics that is both powerful and easy to use. Kentik is based in San Francisco — learn more at www.kentik.com.