by Alex Henthorn-Iwane
May 23, 2017
Network Management

Why Every ISP Needs a Robust Network Monitoring Solution 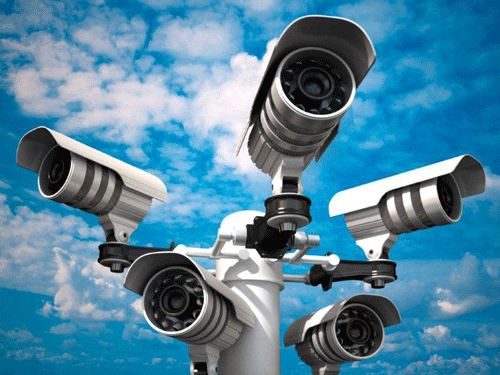 Internet Service Providers (ISPs) come in varying sizes, from rural broadband and small cable MSOs to Tier 2 players and Tier 1 global giants. Their customers might be consumers, businesses, or a mix of the two. But one thing they have in common is the imperative to stay competitive and profitable. To do that in today’s network environment, ISPs need deeper network visibility. Given the advanced capabilities provided by cloud and big data technology, there’s no longer any justification for legacy monitoring appliances that summarize away all the details and force operators to swivel between siloed tools.

It used to be that cloud-scale network monitoring was within reach of only the biggest, richest organizations, those that were most software-savvy and R&D-heavy. The web-scale companies that successfully pioneered big data approaches reaped institutional rewards when they used the resulting data to improve operations and planning. Data-driven operations led to huge gains in efficiency as automation enabled by rich data reduced human involvement in manual tasks and helped shift human resources to higher-value activities.

ISPs can gain similar advantages by becoming far more data driven. Imagine a big data time-series datastore that unifies traffic flow records (NetFlow, sFlow, IPFIX) with related data such as BGP routing, GeoIP, network performance, and DNS logs, that retains unsummarized data for months, and that has the compute and storage power to answer ad hoc queries across billions of data points in a couple of seconds. The insights available to ISPs from that kind of network monitoring solution would include:

Note that the above use cases cover network performance monitoring, planning, and business intelligence. Big data insights have the power to drive efficiency, market savvy, automation, and better service experience. By leveraging that power, ISPs can increase competitiveness and profitability.

It’s one thing to know that something would be good for your business, and quite another to actually achieve it. With the advent of open source big data engines, the power of big data network analytics has seemed tantalizingly close. But open source tools require skill sets and resources that are outside of the core competencies and priorities of most ISPs. It’s no trivial task to develop and maintain the network-savvy applications needed to fully address your use cases. And that keeps generic open source tools from being a fully viable path.

That’s why we started Kentik. Kentik’s founders were network operators running some of the world’s largest networks, and they were frustrated with the pitiful state of commercially available network monitoring tools, particularly for flow data. Why couldn’t the analytical power wielded so profitably by web-scale companies be available for network data as well? And why couldn’t it be available for everyone, without having to build it yourself?

Kentik Detect is the answer to those questions. Kentik’s founders researched all of the available open source platforms and found none that were able to meet what would be required in terms of ingest scale and latency, multi-tenancy, and ad-hoc query responsiveness. So they innovated a purpose-built big data engine for network flows and related data. Kentik Detect ingests hundreds of billions of network data records daily from our customers and empowers network operations with powerful analytics, customizable dashboards, peering analytics, and more. It also protects your network with anomaly detection, DDoS detection, and automated mitigation via RTBH and popular mitigation solutions.

From an adoption point of view, one compelling aspect of Kentik Detect for ISPs is that it is offered as SaaS. No capital costs, appliances, or software to install and maintain. No upgrade and EOL cycles. As an annual subscription, it’s affordable enough that big data network monitoring power is now being used by ISPs ranging from rural telecoms all the way up to Tier 1 ISPs like GTT and global carriers.

Kentik Detect is also built in an API-first fashion, so that it supports aggressive network automation. Kentik customers are automating many aspects of their network operations and management tasks. An intriguing example is Pandora, which harvests Geo, performance, and traffic data from Kentik and uses it to automatically configure their Geo server load balancers (GSLBs) to rebalance traffic across their large network. Check out our Pandora case study video to learn more.

If you’re an ISP and you haven’t yet considered how big data network traffic intelligence can transform your business, then it’s time to take a look at Kentik Detect. Request a demo or start a free trial today.