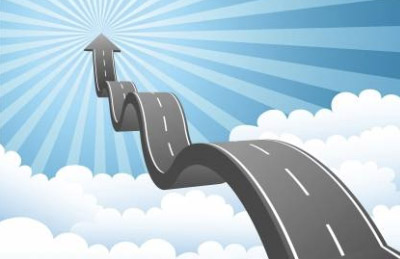 As enterprises integrate their networks with their public cloud strategies, several best practices for network teams are emerging. Enterprise Management Associates (EMA) research recently found that the following strategies can improve the chances of a successful cloud networking initiative.

Be a Team Player

Make sure you are able to partner with these groups. Share tools and data and give DevOps and SecOps teams views that are tailored to their roles. Put best practices and formal processes for collaboration in place. And most importantly, demand a seat at the table as early as possible. EMA research has generally found that the earlier network teams get involved with a cloud strategy, the more successful they are at supporting that strategy.

These assessments take time. Only 2% of enterprises take a brief snapshot, and 16% collect data for only one day. Instead, the typical assessment period ranges from two days to two weeks.

Network teams also collect a variety of data during these assessments. The most popular data collected include infrastructure metrics such as SNMP MIBs and traps (52%), network flows such as NetFlow or sFlow (44%), and synthetic traffic generated by active monitoring tools (43%).

Not everyone is ready at the outset. Of the network teams that currently monitor cloud costs, 33% said they had to acquire new tools. And cost monitoring requires more than just collecting billing data. Sixty-one percent of network managers extrapolate cloud costs via network infrastructure data (e.g. SNMP MIBs), and 55% extrapolate costs by monitoring traffic.

Network managers have several reasons for monitoring cloud networking costs. First, 64% are trying to prevent the incursion of unplanned charges. Also, 61% are trying to improve budget planning, and 59% apply this insight to billing or cost allocation, either to other parts of the IT organization or to lines of business.

EMA predicts that at least one of your network management tools will let you down during your cloud journey. Seventy-four percent of network managers have told EMA that they had an incumbent network management or monitoring tool fail to meet their public cloud requirements. While 35% said they customized their existing tools to make things work, 28% had to buy new tools.

Some network management vendors are simply failing to respond to the cloud. Twenty-eight percent of network managers say their incumbent tools failed because their vendors failed to create a roadmap for cloud support. However, the most common reasons for tool failure are cost (45%) and the complexity of the cloud support (44%). In other words, network tool vendors are asking for additional licensing, or vendors are adding cloud functionality that is simply too difficult for customers to use.

The natural next step is to use native monitoring tools and services offered by cloud providers, like AWS CloudWatch. Ninety-eight percent of network managers use such tools today, but not everyone is sold on them. Only 55% say these monitoring services are essential: “I don’t find [CloudWatch] helpful. It requires a lot more fine-tuning and extrapolation to make it useful for [network operations],” a senior network architect at a large global media company told EMA.

“Native tools that come from Azure are not ready for prime-time,” a network architect at a large North American retailer told EMA. “We can get the data we need, but you have to build the tools yourself. That’s no fun.”

Resiliency is a big issue with native monitoring tools, according to 28% of network managers. These services simply go down when the cloud provider goes down. Twenty-four percent of network managers say native cloud monitoring tools can’t provide an end-to-end view across the different regions or availability zones of a single cloud provider. And 24% also said that their existing network monitoring tools cannot effectively collect and integrate data from these cloud monitoring services, which limits their ability to correlate cloud insights with insights from their enterprise network.

However, the four tips above should be a good start for anyone. Be a team player, lay the groundwork by opening up your tools and data, keep an eye on cloud networking costs, and modernize your toolsets.