IT Organizations Grapple with a Fundamental Shift in Technology 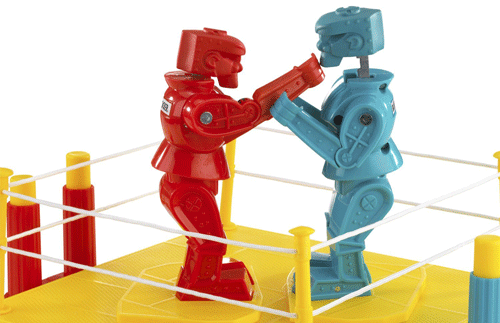 This is the first in a series of three blogs that will look at the growing cultural war that enterprise IT organizations are facing as they adopt cloud computing. Cultural wars within an IT organization aren’t a frequent event and they don’t typically result from a technology going through its normal evolutionary cycle. For example, over its life cycle of 30+ years Ethernet has evolved from being a shared technology to being a switched technology and Ethernet speeds have increased by four orders of magnitude. While this type of technological evolution has an impact on IT organizations, it doesn’t significantly change their culture. Every so often, however, there is a technology shift that isn’t evolutionary, but is instead a basic shift in how technology is implemented. Because these shifts are indeed fundamental, the organizations that maximize the potential benefit of these shifts are also the organizations that must come to grips with the cultural impact these shifts create.

The mid to late 1990s saw a major IT culture war that was often referred to as being between the Bellheads and the Netheads[1]. The term “Bellheads” primarily referred to people who came from the Bell System and whose approach to networking came in large part from an 885-page book entitled Engineering and Operations in the Bell System[2], as well as from the Bell System Practices[3], which was a compilation of technical publications that described the best methods for engineering, constructing, installing, and maintaining the telephone plant of the Bell System. Implicit in the culture of the Bell System was that the network was designed primarily to support voice traffic, that capacity was dedicated for each call, that the network had to have five 9s (99.999%) of availability, and that it was acceptable to take years to introduce a new service.

In contrast, the Netheads were the young Turks who developed and expanded the Internet and were enabled more by collaborative groups such as the IETF than by the type of prescriptive how-to guides relied on by the Bellheads. The Netheads saw the Bellheads as being dinosaurs in part because the Netheads used technologies, such as IP, that were foreign to the Bellheads to build networks that were designed primarily to carry data traffic. The Netheads developed NetFlow to support management, QoS to enable their networks to support delay-sensitive traffic, and a range of network functionality such as optimization and security to enable acceptable delivery application.

Those who once fought the establishment are now themselves firmly entrenched.

As often happens in our industry, the young Turks who lead the fight against the established approach to technology and its embedded culture end up becoming firmly entrenched in the culture that they helped to introduce. That point was recently driven home to me when I attended a conference on cloud computing. One of the speakers at the conference was the vice president of cloud infrastructure engineering at a Fortune 500 company. While I was interested in what the VP had to say about the technologies that his company was using, I was more interested in what he had to say about the changes that were happening within the company’s IT organization because of their adoption of cloud computing. According to the VP, it had been relatively easy to get their younger application developers excited about moving to more agile development processes and leveraging open source-based applications such as OpenStack. He added that these young application developers became the champions of the cultural changes that enabled the organization to adopt a more agile DevOps approach to application development.

In the next post in this series I’ll look a bit deeper at the cloud vs. network culture war and discuss what this war says about how network organizations should think differently about the management tools they use.