We asked our partners and peers for predictions. 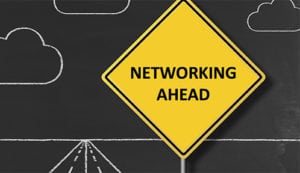 From telcos like BT and CenturyLink, to financial services such as MasterCard, to tech companies like Amazon, SAP, and more, we asked 30 of our peers one question: What are your 2018 networking predictions? Yes, it’s a broad question. But respondents (hailing from network, data center, and security operations teams) surfaced five main predictions for the year ahead. In order of most-voted-for, they are:

Because the top-five predictions likely won’t surprise most in our industry, we asked our partners and peers to weigh in on some of the reasons why these trends surfaced to the top. Here’s what they said…

I’m going to comment directly on the first prediction, as it’s always been a personal fascination. We’ve been talking about network automation for a long time, but it’s traditionally been held back by nervous networking pros who see more risk than reward. Now, things are changing. The advent of cloud and virtual infrastructure is driving automation up and down the stack, and it’s dragging networking into the fold. Security is also a driving factor in automation - it’s better to shoot first and ask questions later than get compromised. But network automation isn’t the hard part - it’s being comfortable with the accuracy of the triggering intelligence, and we see that aspect of analytics improving steadily.

“Workload migration to the cloud and the multi-cloud will continue to accelerate, with containerization becoming increasingly prominent across these environments,” suggests Monika Goldberg, executive director of ShieldXNetworks, a 2017 Gartner Cool Vendor in Cloud Security. “Traditional appliance and virtualized appliance solutions will feel more pressure as more cost-effective and agile cloud-native software and service solutions emerge and mature.” Kentik teammate Justin Ryburn suggests: “I think we will see a lot more attention given to how to approach hybrid multi-cloud as users start to realize both on-prem workloads and cloud workloads are going to be a reality for quite a while.” Though Ryburn adds, “The migration to the cloud is going to be slower than some people thought it might be.” On that last point, I’d add my own observation, that cloud migration isn’t happening as fast as the pundits and cloud vendors thought, in no small part due cost, the fact that there are many applications that simply are not “cloud appropriate,” and simple organizational inertia around systems that “aren’t broke, so why fix them?”

“SD-WAN will continue to be a hot topic as it represents a significant cost savings for enterprises when compared to traditional carrier MPLS services,” according to Ryburn. “We will continue to see announcements from carriers about managed SD-WAN offerings as they look to keep their existing enterprise customers by moving them to the newer technology.”

Vulnerabilities Exploited in CDNs “New vulnerabilities in content delivery networks (CDNs) have left many wondering if the networks themselves are vulnerable to a wide variety of cyber-attacks,” notes Carl Herberger, vice president of security solutions at Radware, a Kentik alliance partner. Herberger predicts these five cyber “blind spots” will be attacked in 2018:

Third-Party Attacks Radware’s Herberger also predicts we’ll also see more “attacking from the side.” He believes this technique will attack the integrity of a company’s site through a variety of tactics:

Cloud Providers to be Targeted Our partners from A10 Networks Security Engineering Research Team (SERT) say the cloud is next on hackers’ hit list. “As more companies move to the cloud, attackers will directly or indirectly target cloud providers,” says A10 SERT. “Just one look at the Dyn and Mirai attacks of 2016 show this trend forming, and it’ll reach a new peak in 2018. Corporations will have limited response capabilities to deal with their cloud provider being attacked, as they have no control over the underlying infrastructure. This will cause more companies to look at a multi-cloud strategy to avoid putting all of their workloads with one cloud provider.”

AI to Power Emerging Security Tech A10 SERT also suggests, “While we’re not talking about full-fledged AI here, the rise of commoditized machine learning capabilities and chat bots being built into just about every new product will allow for human and electronic intelligence to be combined more effectively. Come next year, this will give security teams the ability to assess and prioritize security vulnerabilities based on more than just a single label, thus offering deeper protection.” AI in Networking? Luca Deri, founder of ntop, a Kentik alliance partner notes, “In the modern internet, it is no longer possible to use a firewall to delimit bad from good, simply because it’s all mixed-up. For this reason it is compulsory to take into account non-network oriented metadata which include things such as if a human using a device, the time of day, the location, and the activity being carried on. With this further step, it becomes possible to make monitoring ready for the next decade.” On a similar note, Kentik teammate Justin Ryburn adds, “I think we will hear a lot more about AI and machine learning in 2018. A lot of research is being done on how these technologies can be applied to networking, but I think we are still a few years away from shipping products in this space.”

Whatever your network needs may be in 2018, be prepared. The continued adoption of SD-WAN, multi-cloud deployments, increased threatscape, and developments in machine learning are making networks more dispersed and complex. Network visibility will be more critical than ever as enterprises and service providers make these major trends a reality. For SaaS-based, real-time network traffic intelligence from Kentik, request a demo or sign up for a free trial today.