How to Prevent DDoS Attacks

In a traditional DDoS defense model, out-of-band appliances detect DDoS attacks based on NetFlow, sFlow, IPFIX, and BGP data. The appliance then signals the network, via network control plane or element management protocols, to either drop traffic at the network edge or redirect traffic to a cloud mitigation device.

Over time, only a fraction of total traffic will need to be mitigated. So dedicating one or more appliances to detection and selectively pushing traffic to mitigation maximizes the cost-efficiency of the total solution. The approach makes sense on paper, but the drawback inherent in all such appliance-based DDoS defense solutions is that they are fraught with poor detection accuracy. 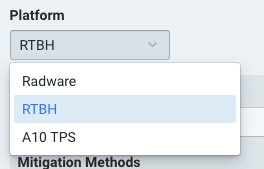 As infrastructure, traffic, and threats evolve, you need to utilize Kentik’s flexible analytics capabilities for the deeper intelligence that enables an agile defense. All alerts generated by Kentik Detect are linked to dashboards, making it possible to access powerful visualizations and filtering to help you dig into the origin and nature of attacks, returning answers to multidimensional queries in seconds, across billions of unsummarized flow records correlated with BGP and GeoIP. By combining automated mitigation with exceptionally accurate detection, Kentik Detect is your best bet to implement a cost-effective, fast-to-deploy, real-time SaaS DDoS defense. 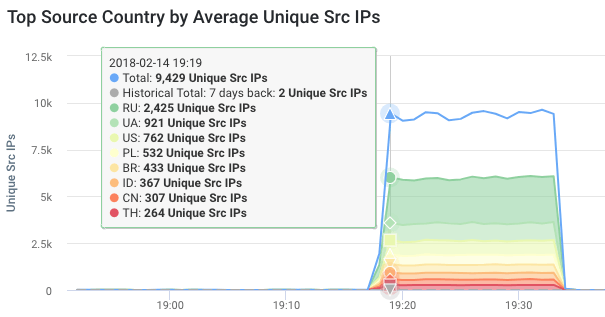